Save up to £336 for two people sharing in our very special, never to be repeated launch offer!

A 4 day WW2 battlefield coach holiday following the route of the advance of Panzer Corps Guderian in May 1940, travelling by luxury coach and staying 1 night in Diekirch, Luxembourg, and 2 nights in the incredible Fort Sedan Hotel .

This tour starts in

from £692  Per Person –  All Inclusive
(Excluding Drinks)

Half a mile on firm roads and paths

This tour follows the route of advance of Panzer Corps Guderian in May 1940. Attached to the Corps was a propaganda film unit that produced a 30 minute movie on the thrust through the Ardennes and the Battle of Sedan. Through one of our German historians we have access to an original 16mm roll of this film, copies of which were later used for the training of German officers and NCOs. Throughout the tour you will be shown digitalized material from the movie allowing you to compare today’s battlefield with the one as it was in 1940.

After arrival from the UK we will check into our hotel at Diekirch. 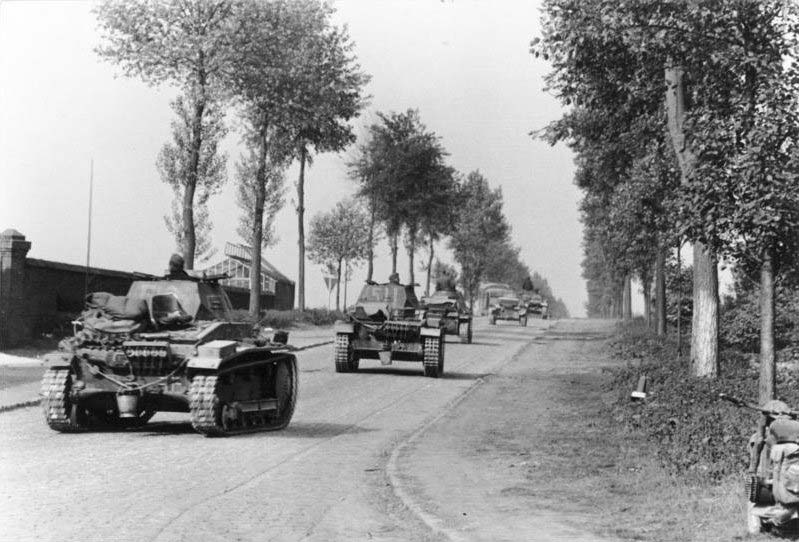 After breakfast we will head out into the Ardennes making our way to Wallendorf, an ancient village stretching over both sides of border from Germany to Luxembourg and the place where the 1st Panzer Division, as part of Panzerkorps Guderian, negotiated the border defences. After a quick stop at the National Museum of Military History in Diekirch, which focuses on the Battle of the Bulge of 1944-45 and the history of Luxembourg’s army we well continue in the track marks of the tanks of 1st Panzer by heading to the village of Martelange where on 10 May 1940, at about 8:45 am the first shots of the Western Campaign were exchanged between troops of the 1st Panzer’s forward detachment and troops of the elite Belgian Chasseurs Ardennais. At Bodange, our next stop, we will look at an engagement which gives the lie to anyone doubting the fighting capabilities of the Belgian army before making our way to Traimont where you will learn about one of the most unusual, and yet hardly known air landing operations of World War Two. Heading to Petitvoir and Neufchateau, where Guderian’s Panzers finally broke through the French defences after heavy fighting. In the beautiful town of Bouillon will talk about the fighting there and the German coup de main on the bridges spanning the Semois. You will also have the opportunity to visit the massive medieval castle which still dominates the town. Following the German attack route to we will then visit the remains of a French border fortification before switching our attention to the southern bank of the Semois looking at the battles that raged around two French fortifications which blocked the German advance route towards Sedan. 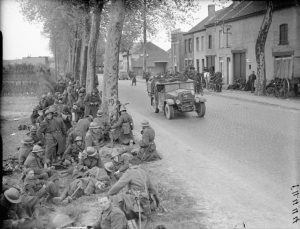 On the plateau of Illy you will not only consume your packed lunches and possibly a few bottles of local beer or wine, you will also be able to enjoy the fantastic view across the Sedan battlefield of the Franco-Prussian War of 1870-71. By talking about this decisive battle of 1870 you will learn more about the thoughts behind Manstein’s ‘sickle-cut’ plan of 1940 before we switch our attention 1st Panzer Division’s thrust towards the Meuse on 12 and 13 May 1940.
On our way to check into our hotel within the imposing walls of Fort Sedan we will visit a house in which a legendary last-stand action was fought by French infantry during the battle of 1870 and which since then has been turned into a museum, unchanged since the days the last shot was fired from and against it. 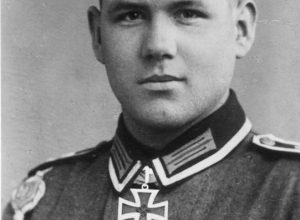 On our third day in the Ardennes we will take you to a French officer’s cemetery and memorial dating back to the time of the Franco-Prussian War. Both mark the location of tragic ‘death or glory’ charge of French cavalry on 1 September 1870. After a short walk you will assemble on a position which allows a full view across Sedan and the breakthrough areas of Panzerkorps Guderian in May 1940. After talking about the key stages of the Battle of Sedan we will take a closer look at some of the German key crossing points over the river Meuse, highlighting a suicidal mission executed by eleven German assault pioneers – one that proved to be decisive for the further successful progress of the campaign. Near Glaire we will look at the air battle that raged over Sedan and during which hundreds of French and British aircraft desperately tried to destroy the bridges that Guderian’s pioneers had thrown across the Meuse. En route to our next stop we will see and learn more about the bunkers of the Sedan fortification line before visiting a number of locations where German regiments broke through the French lines. We will see a memorial which commemorates a supposed massacre of French soldiers by German forces and will then take some time off to see a house where world history was written in September 1870, during the Franco-Prussian War. 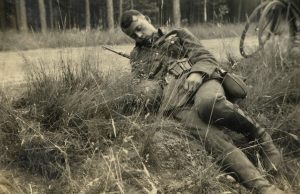 Around that time we will enjoy the contents of our packed lunches and will offer you a chance to sample a sweet specialty which formed part of the rations of both the German Heer and Luftwaffe. From Chemery, the pivot point of the sickle-cut, we will make our way to Stonne, the ‘Verdun of 1940’ and the town which saw the heaviest and most intense fighting in the 1940 campaign in the west. Changing hands 17 times between 15 and 17 May 1940. You will see a number of memorials, a surviving French tank and you will hear about the battle from both the French and the German perspectives. There is a small, privately owned museum about the battle with irregular opening times so we sadly can’t guarantee if a visit is possible. On our way back to Sedan we will visit a German military cemetery holding burials from both the First and the Second World War – there we will briefly address the battles that raged across the Meuse plateau in 1914 before heading back to our hotel within the old fortress of Sedan. 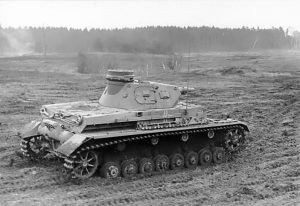 After a hearty breakfast we will travel back to the UK. 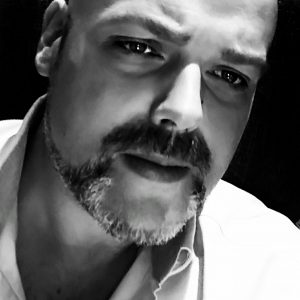 Rob is a full-time German military historian, public speaker and published author who has made his specialist study the life of the German soldier in wartime. He has acted as a historical consultant for television companies and is a regular contributor to a number of British and German specialist military history magazines. He acted as historical consultant for the Department of Media, Culture and Sports and the First World War Centenary Battlefield Tours Programme of the UCL Institute of Education and Equity. He has also worked as an historical advisor and contributor for a number of British television programmes including the BBC’s ‘Great War War Interviews’, ‘Voices 16 – Somme’ and Channel 4’s ‘Battle of Britain: The Last of the Few’ and Channel 4’s ‘Last Heroes of the Somme’. His latest book ‘Fritz and Tommy: Across the Barbed Wire’ written in conjunction with Professor Peter Doyle was published by the History Press. 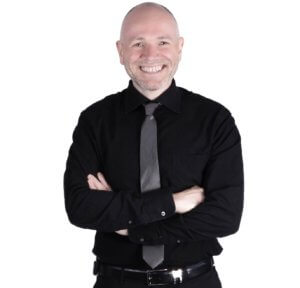 Christoph is a former combat medic in a ‘Gebirgsjäger’ (elite mountain/alpine hunters) unit of the German Bundeswehr. After basic infantry training, Christoph specialized in ABC decontamination with the forward dressing station of his battalion. During his studies of ABC warfare he became fascinated by the development and use of chemical agents on the battlefields of the First World War. After being introduced to the “Grünkreuz” offensive of June 21 1916 during his German Army training, he visited the Verdun battlefield for the first time. He has returned many times since and he continues to study the battle both on the ground and in German archives. He is a member of his hometown regimental association, the Royal Bavarian Infantry Regiment No.20. He also studies the other places of engagement of the regiment all along the Western Front.

The full board accommodation provided will be of a 3-star standard or higher.  We will be staying in two different hotels over three nights: first night in Diekirch, Luxembourg, and the second and third nights in the incredible Hotel Château Fort de Sedan – a 4-star hotel within the old fortress itself.
Breakfast and dinner will be taken in the hotel, while the midday meal will consist of a quality packed lunch taken at a suitably chosen location along the day’s route.